Sign up for Kim’s newsletter for weekly inspiration and practical tips to help you unlock your potential.

Ep 79 | The Magic Keys to Happiness

Joy Drop: Do you see what’s around you?

My New Life as an Empty-Nester 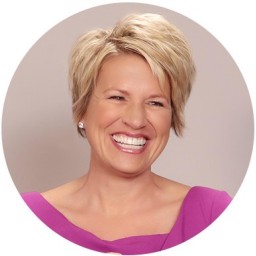 Learning to Appreciate All the ‘Last Times’

If you’ve been following me on social media at all this year, you’ve probably seen me having little meltdowns about my son, Spencer, leaving for college this fall. I’ve spent the last few months trying to soak up every single moment with him (and even considered cancelling a trip with my husband to have just a bit MORE time with him!).

It’s been a huge source of anxiety for me. It seemed like the moment he would leave was approaching way too quickly—yet somehow the weeks and days were also passing in a way that dragged out the torture.

Then last Monday, it happened. We drove him to Bloomington, got his dorm room all set up … and walked back to our car and headed home without him.

Spencer is embarking on an incredible journey where he will be truly on his own for the first time. Yet, I could only think of the many “last times” I’ve experienced with my son.

If I Could Turn Back Time

With the amount of anxiety I’ve felt over my boy leaving home, Cher’s anthem could be my theme song!

I carried this perfect boy in my belly. And those nine months are when I felt the most settled and sure about my son’s safety.

I’d be lying if I said there weren’t many times over the years that I wished he could return to the womb for my own peace of mind! I mean, he was nestled there so safely, getting everything he needed from his momma.

The first time I saw and heard his heartbeat on the ultrasound, I was brought to tears. I was immediately in love!

I can remember just a few short months later feeling those first flutters and little kicks from tiny feet. I simply couldn’t believe this tiny bundle growing inside of me would soon share my life with me.

And then the day he was born … seeing this black-haired sumo wrestler of a baby getting all cleaned up and gently placed in my arms. I didn’t even realize a human heart could hold so much love!

But over the next 19 years, my heart continued to expand as I raised, guided, comforted, and loved this beautiful boy.

One moment he was a baby resting his head on his momma’s shoulder, showering her with a hundred kisses a day. In the blink of an eye, he was a fast-and-furious toddler wanting to spend every moment playing outside.

All too soon he was in elementary school, an athletic, independent kid who loved sleepovers with friends (but still wanted to hold his momma’s hand … when no one was looking). Then the middle school years hit, and my boy was struggling with his identity—and pulling away from me a bit in favor of spending guy time with my husband.

By his junior/senior year of high school, Spencer had regained his footing, grown to a strapping 6’ 3”, discovered new confidence, found a level of comfort in himself. And with that renewed confidence and comfort, he found his way back to his momma.

So Many ‘Last Times’

I’ve known this new chapter in Spencer’s life was coming for a while. And throughout the days, weeks, years leading to this moment, I’ve been hit with waves of memories.

I’ve been catapulted back in time to the boat races we used to have in the creek … the hours and hours we spent playing together when we both had summers off … and so many other big and little moments.

And with every memory, I wonder how it all went so quickly. I try to recall exactly how it felt. I wonder if I really, truly paid enough attention when I was in the moment.

And then I cry.

I cry because I’ve experienced so many “last times” with Spencer. And because I didn’t know that those moments were “lasts.”

Wouldn’t it be nice if you could always know when the “last time” was as it was happening?

The weeks leading up to last Monday were an emotional minefield.

There was one full day last month—literally from seven in the morning to four in the afternoon—that I spent crying. My husband finally had to come drag me out of my office with the promise that I really was going to make it through this.

The next day, I was back to my chipper self. I did a little self-coaching and firmly told myself that mothers throughout time have survived seeing their babies leave the nest … and so would I.

I reminded myself that Spencer is independent and confident (so much more than I was at his age), and this is a necessary step in his growth and development.

And these thoughts would soothe me for a few weeks.

Then the grief would return, and I’d long to go back in time for a redo, to start our journey as mother and son all over again.

And apparently my grieving wasn’t very covert. My husband told me one evening a couple of weeks ago that Spencer was worried about how I’m going to handle him leaving.

So how have I handled it? By making jokes, of course.

I told Spencer that Scott and I are going to make like the late, great Prince and “party like it’s 1999.” That as we drove away from his campus, I was going to proudly wave a “We’re empty nesters!” banner out the window while blasting loud music.

Of course, all I got from Spencer was a “Yeah, right, Mom!” But I know the jokes helped ease his apprehension just as much as it did mine.

Move-In Day … and the Aftermath

When move-in day arrived, I was ready. I’d spent weeks coaching myself, telling myself to be strong. And reminding myself that I’d made it through much more difficult things in my life (panic disorder and a painful divorce, anyone?).

My goal for the day was to let Spencer know his momma was gonna be just fine. To tell him how proud I am of his independence and confidence. To show him that I’m made of strong stuff, just like he is.

Sure I choked up on our shuttle ride back to his dorm. And I saw Spencer checking my eyes for tears and signs of distress. But I stayed strong, leaned on my husband for support, gave Spencer a big smile, and told him:

“These are going to be some of the best years of your life, Buddy. I’m so excited for you!”

With one last hug, I walked away, leaving him in his dorm room. For this part, I remained proudly stoic.

And then when I got home, I ate my weight in chocolate chip cookies. And possibly checked the “Find Friends” app several times to reassure he was OK.

The next day, he texted me to say he was hanging out with some new basketball buddies he’d met, and they were going to the courts after having lunch together. He told me, “I could get used to this, Mom.”

I know I will crack a few more times in the weeks to come. I know this won’t be an easy transition. I know that the boy I left will be different the next time I see him.

But for today, I’m good. I’m grateful. I’m happy. And I’m so darn proud and lucky that I’m his momma!

Help a Happiness Coach Out: I know my emotions might be in the gutter the next few months, so hit up the comments below and let’s commiserate over some of your own “baby bird leaving the nest” stories!